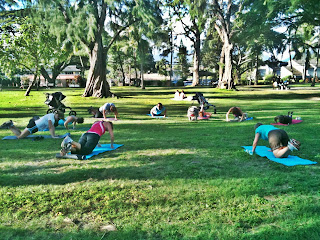 Five Reasons to Lace Up and Hit the Road:
1. People who run more than 35 miles a week are 54 percent less likely to suffer age-related vision loss than those who cover 10 miles a week.
2. Running strengthens bones better than other aerobic activities, say University of Missouri researchers who compared the bone density of runners and cyclists. Sixty-three percent of the cyclists had low density in their spine or hips; only 19 percent of runners did.
3. Insomniacs fell asleep in 17 minutes on days they ran, compared to 38 minutes on days they didn't. They also slept for an extra hour on days they exercised.
4. Runners who log a weekly run of 10 miles (or more) are 39 percent less likely to use high-blood-pressure meds and 34 percent less likely to need cholesterol meds compared with those who don't go farther than three miles.
5. A review of 22 studies found that people who work out 2.5 hours a week are 19 percent less likely to die prematurely than those who don't exercise.

Popular posts from this blog

ALOHA 2021! I'm excited to announce the beginning of LavaFit's 12-Week Online Nutrition Program ! For the past 9 months, I dove deep into studying and understanding the body, nutrition and biopsychosocial perspectives. I now hold a Precision Nutrition Level 1 Certification (Pn1). I look forward to helping people make smart, positive and sustainable changes to their lives.  Each client receives individualized nutritional programming, designed for your needs and goals. These programs are not only focused on nutrition but also movement, habits and deep health.  As a Pn1 Coach, I will provide you with accountability, direction and support throughout the 12 week program. I will help you follow a plan that fits your life in order to develop healthy habits along the way. No deprivation, no 'dieting'... this is all about YOU becoming healthier and happier! GET STARTED TODAY!  Email Erin: getlavafit@gmail.com Think positive. Eat better. Exercise often. Feel good!
Read more

Hello From the Other Side 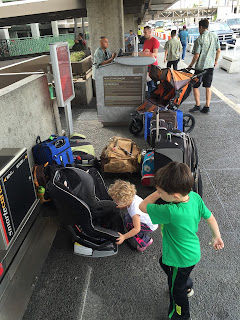 Yes, it's me. I know it's been quite some time. But I swear I have excuses. Let's see, my family made a big move from Hawaii to Connecticut in February 2015. Actually, all our belongings began their voyage the same week as we did, however we didn't see our own things til June 2015. We sadly left Hawaii, stopped in Georgia for a week, then onto CT where we stayed for a few weeks in March 2015 (our kids were excited it was still snowing, the rest of the east coast was NOT!). We got to know our new CrossFit gym and even had an adult getaway to NYC! On Good Friday we packed up and moved to Virginia for the summer - making a pit stop in DC. We lived in a 'furnished' place in VA and the kids were able to run around and play. We joined a CrossFit gym there too and met some great people, made some trips to VA Beach, NC, Great Wolf Lodge, Gettysburg... some fun adventures. Then in June we made the trek back to CT and moved into our new home. What an amazing summer! A
Read more

Healthy Through the Holidays: Nutrition Program 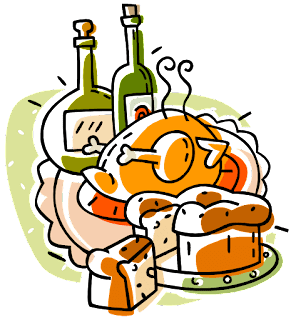 Healthy Through the Holidays: Nutrition Program  With the holidays approaching, I'm offering a 25 day wellness program to help you create healthy holiday habits. Participate from anywhere in the world 🗺 - spread the word to friends and family and get healthy together! WHEN : November 21- December 16, 2022 WHAT :  This program is a nutrition group designed by yours truly, a Precision Nutrition L1 Coach. A private FaceBook Group will offer 25 days of accountability, daily goals/challenges, helpful tips, yummy recipes, mind, body, and wellness advice, and much more! After 25 days, you'll be more confident and ready to stay on track while also enjoying Christmas and New Years! SIGN UP by November 20:  $30, SIGN UP HERE !   Please email  getlavafit@gmail.com  for more info! SPREAD THE HEALTH! http://clipart-library.com/clipart/n1167406.htm
Read more

Erin
I grew up as an active child, in gymnastics then competitive cheerleading, including a National Championship at NC State University. After college, running became my passion, starting with short races, progressing to marathons and also triathlons. In 2006 I assisted in coaching 'Running For Women' at Fleet Feet Kailua, HI. Also in 2006 my husband and I competed in two tandem surfing championships. That came to a halt when I got pregnant with Quade (born Jan 2010) and then Zoe (born Nov 2011). During both pregnancies I remained active but found other outlets for exercise. Thanks to continually staying active, I bounced right back into running shape and completed half marathons in Apr 2011 and Sept 2012. I continue taking courses to stay current with the latest fitness developments. I created LAVAFIT in 2010 to encourage and support a healthy lifestyle for all women. As a military wife, I understand the importance of balance, friendships and not only physical but mental health too! CERTIFICATIONS: Precision Nutrition Level 1 Certified (Pn1). CrossFit Level 2 Certified (CF-L2). CrossFit Kids Certified. Barre Intensity Trained.